Here is a recipe for a cocktail you do not want to mix during the upcoming holiday weekend. It starts with a tight, confined venue. Next, smash together a mixture of young adults absolutely unconcerned about contracting or spreading an illness. Add the final kicker of a business operator who does not give a hoot about limiting crowds or social distancing. Now stir. The result: a drink of disaster.

As states ease their lockdowns of businesses, bars have emerged, not unsurprisingly, as a fertile breeding ground for the coronavirus. They are, in fact, tailor-made for its spread. After all, alcohol is considered a social lubricant. Add to this the multiplier of an estimated 43,000 bars in the country and you can see where this is going.

According to a Kaiser Health Network report, the Texas alcohol licensing board recently suspended the liquor licenses of 17 bars after undercover agents observed crowds flouting emergency rules that required patrons to keep a safe distance from one another and limit tavern occupancy. As numerous postings on social media attest, Texas is just one of several states that have had to act against bars not abiding by mandated rules for reopening.

In Boise, Idaho, at least 152 people have been diagnosed with COVID-19 in cases that health authorities linked to people who, unaware they were infectious, visited bars and nightclubs. In Louisiana, over 100 COVID-19 cases were tied to a single bar district in Baton Rouge.

In my home state of Texas, Gov. Greg Abbott has moved forcefully to implement several countermeasures to get the current spread of COVID-19 under control. He has ordered the closure of bars, ordered restaurants to return to 50% capacity, shut river-rafting outfits and given local officials more control over large gatherings ahead of the Fourth of July holiday weekend.

As reported by Business Insider, a not yet peer-reviewed Stanford study conducted in April found that in a group of around 21,000 respondents of all ages, 52.4% of people between 18 and 31 were noncompliant with social distancing measures.

Around the country, it seems pretty obvious that a significant number of young adults believe they are impervious to the coronavirus. To date, it has certainly proven to be less lethal to them. According to the Centers for Disease Control and Prevention, less than 4% of adults in their 20s with COVID-19 have been hospitalized, compared with 22% of those in their 60s. Only 1 in 1,000 COVID-19 patients in their 20s have died from the virus.

What is known at this point is that as bars are reopening, the rate of infection in younger adults is rising. In fairness, it is not just young folks who make up bargoers. As Abbott points out in a written statement, “At this time, it is clear that the rise in cases is largely driven by certain types of activities, including Texans congregating in bars.” He goes on to say, “I realize (some operators) did a good job, but others haven’t.”

As J.C. Diaz, president of the American Nightlife Association tells Kaiser Health Network, “We’re doing what we can do to prevent the spread of COVID, but if you are a reckless guest who doesn’t care about the health of others, you shouldn’t be out.”

To young people (and others) who insist in going maskless and chatting face to face during a Fourth of July holiday celebration, you might want to reflect for a moment on the fact that this celebratory event was instituted originally to create and support a spirit of unity among Americans. It is a symbol of patriotism based in and won by personal sacrifice on behalf of others for a common cause. It is not about you or me. It is about us.

I can only add that if you think you are not going to get sick, or if so, only slightly, those are not the odds your parents or grandparents will be looking at should they contract the virus from you. If you are infected and in contact with them, it could be a death sentence.

This pandemic needs to be viewed as a fight — a war, if you like — against a common enemy. Winning requires a united front. It has been demonstrated that countries that have had a united public response, such as New Zealand, have succeeded in keeping the virus from spiraling out of control. And while bars are a current cause for concern, it will be other small businesses that will suffer the hangover from continued reckless behavior.

Small-business owners across the U.S. find themselves in what they view as an impossible situation. According to a CNBC small business survey conducted in April with 2,200 small-business owners across the U.S., operators fear their business may go under in a matter of months if state lockdowns caused by COVID-19 don’t end. At the same time, they fear that reopening business too soon may result in the same fate.

“This is a unique kind of hurt,” Molly Day, vice president of public affairs for the National Small Business Association tells CNBC. A recent survey from her group also finds an all-time low in confidence has been hit, now well below where it bottomed during the Great Recession.

According to Eric Reed of The Street, many businesses are finding that the risks of reopening outweigh any reward. “The Small Business Administration lists approximately 30 million small businesses spread across the United States. Collectively they employ almost 59 million people,” he writes. “By the end of June, up to half of them might be gone.” If they go, there goes Main Street.

The only time Chuck Norris was ever wrong was when he thought he had made a mistake. 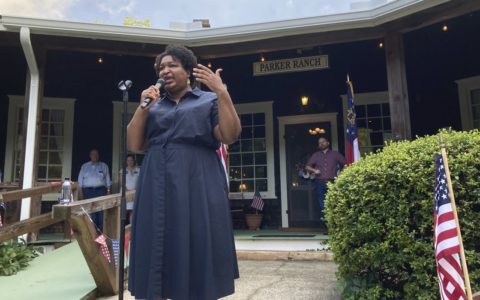 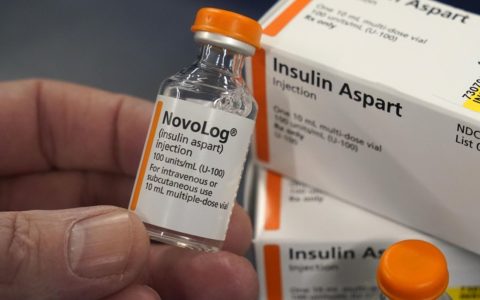