The World Health Organization on Wednesday nominated a Thai doctor with direct ties to EcoHealth Alliance to serve on a new advisory board tasked with investigating the origins of COVID-19.

The Thai doctor, Supaporn Wacharapluesadee, is listed as a subcontractor for a National Institutes of Allergy and Infectious Disease grant awarded to EcoHealth Alliance in 2020 to conduct research into emerging pandemic viruses in Southeast Asia, according to records first reported by The Intercept. The grant also involves the “building of chimeric SARS-like bat coronaviruses” and the “building of chimeric MERS-CoV” viruses, the records show.

Wacharapluesadee’s institution, Chulalongkorn University, is set to receive $1.07 million from the grant between 2020 and 2025, the records show. The funding includes carveouts for Wacharapluesadee to fly to New York City for annual meetings with EcoHealth Alliance President Peter Daszak, who orchestrated the now-infamous February 2020 letter in The Lancet medical journal that condemned “conspiracy theories” suggesting COVID-19 doesn’t have a natural origin.

Daszak was the only American member of the WHO’s first COVID-19 origins team that concluded after a widely panned investigation in China in early 2021 it was “extremely unlikely” the virus could have leaked from a Wuhan lab. EcoHealth Alliance, under Daszak’s leadership, routed $600,000 in taxpayer funds to the Wuhan Institute of Virology prior to the pandemic to conduct experiments on bat-based coronaviruses.

Rutgers University professor Dr. Richard Ebright, a vocal proponent of the need to conduct a full investigation into the lab leak theory, told the Daily Caller News Foundation that Wacharapluesadee “has a conflict of interest that disqualifies her” from the new WHO panel.

“As a subcontractor to EcoHealth, beholden to EcoHealth for $1.07 million USD in 2020-2025, Wacharaplusadee has an obviously disqualifying conflict of interest,” Ebright said.

“If, after having been informed that a conflict of interest exists, the WHO proceeds with confirming Wacharapluesadee for [Scientific Advisory Group for the Origins of Novel Pathogens] membership, then the WHO will have failed again–as with its confirmation of EcoHealth Alliance President Peter Daszak to the WHO mission to Wuhan–to meet accepted standards of due diligence and responsibility to the global public.”

Also among the 26 proposed members of the World Health Organization’s new panel include six people who were a part of the WHO’s first COVID-19 origins investigation, the Washington Examiner reported. (RELATED: Dozens Of Scientists Blast WHO Report For Mangling Lab Leak Evidence)

Another proposed member of the new panel was a signatory on Daszak’s February 2020 letter in The Lancet, the Examiner added.

The WHO did not immediately respond to a request for comment.

WHO Director General Tedros Adhanom Ghebreyesus said the WHO’s first COVID-19 origins investigation in China didn’t sufficiently investigate the lab leak theory and has since called for further audits of the Wuhan Institute of Virology.

However, it’s unlikely that China will authorize an independent investigation into the lab.

“This new group can do all the fancy footwork it wants, but China’s not going to cooperate,” senior fellow for global health at the Council on Foreign Relations David Fidler told The New York Times. For them, all of this continues to look like an attack on China’s response to the pandemic, and there it’s a zero-sum game.”

The post ‘Obviously Disqualifying’: WHO Nominates EcoHealth Subcontractor To Serve On Revamped COVID Origins Panel was first published by the Daily Caller News Foundation and is reprinted here with premission. Please support their efforts.

: Intel CEO Pat Gelsinger hopes to win back Apple by outcompeting it 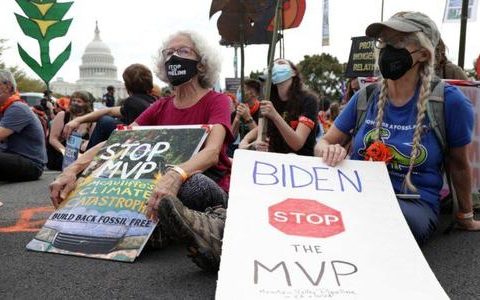