I simply do not understand why so many on the left and so many on the right seem determined to push us into a military conflict with Russia.  If we get into a shooting war with Russia, one side or the other will inevitably decide that they want to use their nuclear weapons before the other side conducts a surprise first strike of their own.  But no matter who strikes first, the whole world would lose, because the vast majority of the global population would end up dead within a few years.  This is why I have been so adamant about trying to find a peaceful solution to the crisis in Ukraine.  If we have a nuclear conflict with Russia, the vast majority of you that are reading this article would die.

But only a certain percentage of you would die immediately.  According to a study that was conducted in 2008, only about one-fifth of the U.S. population would initially be wiped out by a full-blown barrage of Russian missiles.  The following comes from the Alliance for Science…

One 2008 study looked at a Russia-US nuclear war scenario, where Russia would target 2,200 weapons on Western countries and the US would target 1,100 weapons each on China and Russia. In total, therefore, 4,400 warheads detonate, equivalent to roughly half the current inventories held each by Russia and the US.

Nuclear weapons held by other states were not used in this scenario, which has a 440-Mt explosive yield, equivalent to about 150 times all the bombs detonated in World War II. This full-scale nuclear war was estimated to cause 770 million direct deaths and generate 180 Tg of soot from burning cities and forests. In the US, about half the population would be within 5km of a ground zero, and a fifth of the country’s citizens would be killed outright.

So the good news is that if there was a nuclear exchange between the United States and Russia tomorrow, there is a good chance that you would survive.

But the bad news is that you would probably soon starve to death.

A subsequent study, published in 2019, looked at a comparable but slightly lower 150 Tg atmospheric soot injection following an equivalent scale nuclear war. The devastation causes so much smoke that only 30-40 percent of sunlight reaches the Earth’s surface for the subsequent six months.

A massive drop in temperature follows, with the weather staying below freezing throughout the subsequent Northern Hemisphere summer. In Iowa, for example, the model shows temperatures staying below 0°C for 730 days straight. There is no growing season. This is a true nuclear winter.

Virtually no food would be grown for an extended period of time, and billions of people would starve to death.

So if you believe that nuclear war is coming, you need to store up enough food to feed yourself and everyone else that will be depending upon you for multiple years.

Prior to 2022, not too many people were thinking about such things.  But now one recent poll found that 82 percent of Americans are concerned that the war in Ukraine “will involve nuclear weapons”…

A combined 57 percent of respondents said they believe the U.S. is already at war with Russia (16 percent) or that it will be within the next year (41 percent).

Twenty-eight percent in the poll said they have either a “great deal” (12 percent) or “quite a bit” (16 percent) of confidence in Biden’s ability to respond to Russia’s war with Ukraine and manage the crisis.

In my recent article entitled “We Are In So Much Trouble”, I detailed a very dangerous series of gaffes that Biden has made in just the past week.

I was particularly alarmed when Biden suggested that there should be regime change in Russia.  That is the kind of remark that can send paranoia among Russian leaders to critical levels.

Of course White House officials hurried to “clarify” Biden’s remarks later on, and they have started giving Biden cue cards to use during his interactions with reporters…

Ladies and gentlemen, the President of the United States. pic.twitter.com/Ymf7caWjI2

But shouldn’t it disturb us that we have a president that has lost so much mental ability that he now has to rely on cue cards provided by his staff?

On Monday, Kentucky Republican Sen. Rand Paul took issue with Biden’s use of cue cards to answer reporters’ questions regarding his off-the-cuff remarks about Putin.

Fox News host Tucker Carlson has hit back at President Biden’s off-script gaffes about Vladimir Putin’s removal and the Russian invasion of Ukraine, saying it’s time to ‘invoke the 25th amendment’ to remove the commander in chief from office.

‘The joke is over. Too much is at stake,’ Carlson said on Monday during his show Tucker Carlson Tonight. ‘If there ever was a time — if there was in U.S. history ever a time to invoke the 25th Amendment, it is now.

Of course they are both 100 percent correct.

Joe Biden has always been a hothead, but now he we have a hothead in an advanced state of cognitive decline leading our nation at a moment when we are perilously close to nuclear war.

That is a recipe for disaster.

So let us hope for the best, but let us also continue to prepare for the worst.

The post What Would A Global Nuclear Conflict Look Like? appeared first on End Of The American Dream. 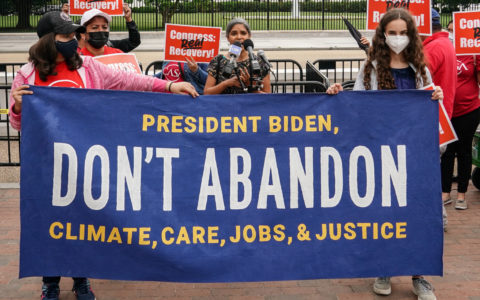 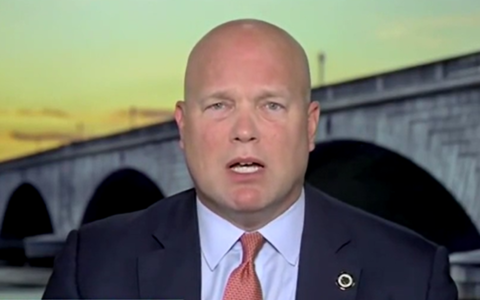 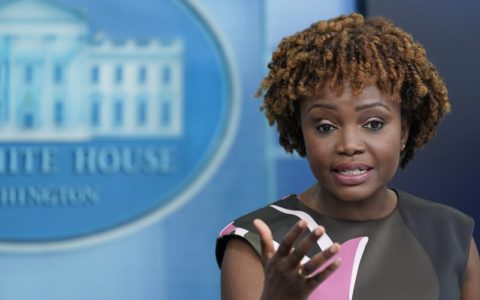