Joe Biden is losing sleep over this email that just leaked

The Biden family’s dirty laundry has been hanging out in the public space for all to see lately. It’s only getting worse and worse for them.

Now Joe Biden is losing sleep over this email that just leaked.

There’s no understating just how problematic the Hunter Biden laptop drama has been for the Biden family as a whole.

Reports have been circling that Hunter Biden could even be prosecuted for hundreds of criminal violations on the federal and state levels.

Biden got to hide from these family troubles for a bit while he was running for President as social media giants like Facebook and Twitter literally suppressed the New York Post’s exclusive Hunter Biden laptop story ahead of the 2020 election.

But now there’s no hiding from it as his son could be facing jail time if the reports are accurate.

If the latest leaks are any indication, President Biden himself might be pulled into this mess as well.

The reason? One of President Biden’s Commerce appointees served as a senior advisor for a Hunter Biden investing firm that is no longer.

The appointee, John Nevergole, was just tapped in July for serving a two-year term on Biden’s Advisory Council on Doing Business in Africa (PAC-DBIA).

News outlets have indicated that the Biden family connection to John Nevergole goes back at least 11 years ago.

Nevergole’s relationship with Hunter Biden dates back to at least 2011, according to emails reviewed and verified by Fox News Digital. In an Aug. 5, 2011, email chain, Eric Schwerin, then-president of Hunter’s Rosemont Seneca Advisors, informed Hunter that Nevergole had requested to split a retainer fee 70/30 for helping broker a deal between Rosemont and Brazilian construction giant OAS. 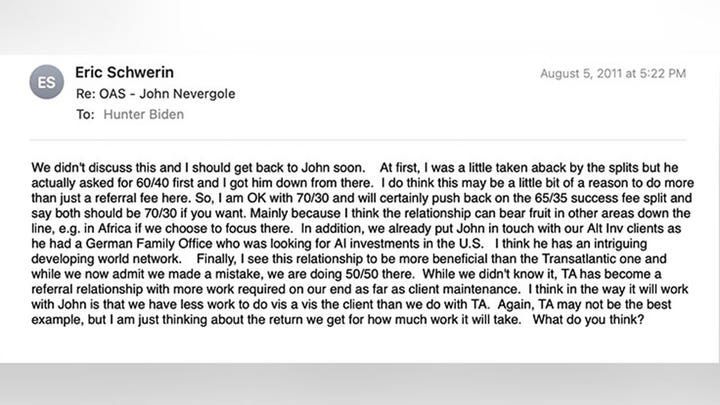 Shortly after Hunter Biden was appointed to the Ukrainian Burisma board council, Hunter was still exchanging emails with John Nevergole in which Nevergole wished Hunter a Merry Christmas and told him to make 2015 “a profitable year.” 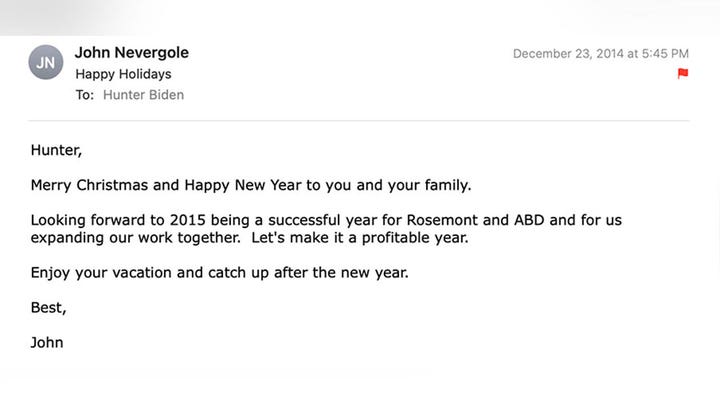 Hunter Biden’s corrupt business dealings are easy to see in the eyes of most Americans.

But what’s critical about this is the connection between John Nevergole and President Biden himself.

Joe Biden has claimed several times that he had no idea about Hunter Biden’s international business dealings whatsoever.

But a voicemail from Joe left on Hunter’s phone indicated that may not be the truth as he tried to warn his son about news that would be dropping about him.

And now these emails with John Nevergole indicate the whole family might be more familiar with him than Joe Biden’s initial comments would let on.

Stay tuned to the DC Daily Journal for more on the Biden family leaks.

Joe Biden’s brother just got the family in HUGE trouble